A FORGOTTEN CHEESE We all know about Banbury Cakes and Banbury Cross, but once the town was more famous for a now forgotten agricultural industry, the making of Banbury Cheese. In the days before refrigeration, cheese-making was a major concern: fresh milk would only last two days at most, but when processed into cheese, that highly nutritious food could last for months. A large number of distinctive regional cheeses were therefore produced in England, representing the different qualities of pasture, different breeds of cattle and different processing methods. Indeed, products such as Cheddar Cheese, Red Leicester and Wensleydale are all still with us today. But in 1568, Banbury was already well-known for its own cheese, according to William Camden. By 1621, Robert Burton declared that “of all cheeses, I take that that kind which we call Banbury Cheese to be the best”. It was so well known that it was mentioned by Shakespeare in the Merry Wives of Windsor (1.1. 126). There was even a special annual Michaelmas Cheese Fair in Banbury on 29th September.

HISTORIC NETHERCOTE Alas, production declined during the 18th century, and with it the fame of this special cheese. The last villages which were engaged in this once-profitable cottage industry were Grimsbury and Nethercote. No trace of those farms survive in the former settlement, now lost to suburban expansion. However, a significant fragment of the agricultural landscape is still accessible at Nethercote. Here you can still clearly see the remains of the ancient medieval fields, with their distinctive corrugated “ridge-and-furrow” layout. These marked the position of the strips farmed by the tenants for wheat, barley or beans, for example. 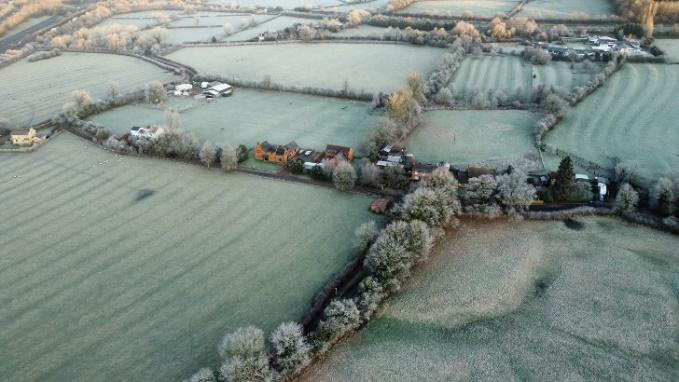 That labour-intensive system was subsequently abandoned and the arable fields were turned over to pasture, often for sheep but here for dairy herds. Those fields were clearly never ploughed again, but were put to a new use, for the cows to graze. Thus those ancient fields represent both the hard labour of the medieval open-field system of ploughing, sowing and harvesting, but also the rich grazing they later provided for the herds whose milk produced a once famous cheese.

The historic landscape of Nethercote is thus the last tangible link with a forgotten Banbury industry as well as its deeper arable past. And in addition to the field system, there are even the remains of some of the abandoned house platforms from the now shrunken village, together with hedgerows still marking the boundaries of its medieval layout.

CONCRETE PROPOSALS Unbelievably, this precious heritage landscape, having survived for 500 years or more, is now under threat from a proposal to construct over twenty buildings for an industrial estate on the east side of the M40.  It seems singularly inappropriate to destroy this well-preserved oasis of biodiversity and history at Nethercote in that way. We should take pride in our rich agricultural heritage: Banbury’s not just about a fine Lady on a White Horse, but about hard-working dairymaids and well-kept cows. 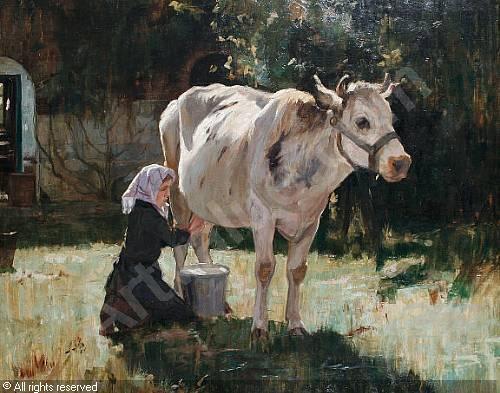